Northampton's founders, though strongly Puritan in conviction, were drawn to the area more by accounts of abundant tillable land and ease of trade with the Indians than by the religious concerns that characterized their brethren in eastern Massachusetts. In May 1653, 24 persons petitioned the General Court for permission to "plant, possess and inhabit Nonotuck." Northampton was settled in 1654 on a low rise above the rich meadowlands by the Connecticut River. Relations between settlers and Native Americans, though initially cooperative, became increasingly strained, culminating in King Philip's War in 1675, when Chief Metacomet's uprising was put down by the English.

Though Northampton grew as a trade and marketing center in the 18th century, religious fervor was quickened by the ministry of Jonathan Edwards whose preaching sparked the religious revivals of the Great Awakening in the 1740's. The Revolutionary War produced heroes like General Seth Pomeroy. The economic upheavals in the wake of the war moved Daniel Shays and his followers into open rebellion on the eve of the Constitutional Convention. A delegate to the Convention, Caleb Strong became Massachusett's first senator and an eleven-term governor. In the early 19th century, great hopes were raised by the prospect of the Northampton-New Haven Canal, but shareholders never recouped their investment and the coming of the railroad signaled the end of the company. Other industries grew and prospered, including the utopian community of the Northampton Association, which combined radical abolitionism with a communally owned and operated silk mill. Sojourner Truth was, at one time, a member of that community which included William Lloyd Garrison and Frederick Douglass among its circle of supporters. Other reformers included Sylvester Graham, diet and health food enthusiast and inventor of the Graham cracker, and abolitionist Lydia Maria Child.

19th century Northampton drew visitors like Timothy Dwight, the Marquis de Lafayette, Henry James, Ralph Waldo Emerson and Jenny Lind who proclaimed it to be the "paradise of America." Indeed, artists like Thomas Cole thought the environs of Northampton to be the epitome of the "picturesque" - the ideal middle landscape between the sordid city and wild nature.

Northampton was the site of a number of schools and educational institutions. Historian George Bancroft established the Round Hill School in 1823 and Smith College opened its doors in 1871. Author George Washington Cable founded the Home Culture Clubs in 1892, and the Hill Institute sponsored one of the earliest kindergartens in America. The Northampton Law School sent one of its students, Franklin Pierce on to the Presidency. Northampton was also the home of Calvin Coolidge, who became President in 1923.

Northampton's streets follow, essentially, the same paths that were laid out in the 17th century. There are a number of surviving 18th century structures in and around Northampton. The downtown district retains its 19th century character. The modest fortunes of local merchants and industrialists financed numerous Victorian mansions and picturesque cottages as well as the commercial blocks in the Downtown Historic District. Northampton possesses two fine 19th century residential neighborhoods, Pomeroy Terrace (1850-1885) and Elm Street (1860-1920), where Gothic Revival, Italianate, Second Empire, Queen Anne and Colonial Revival Styles contribute to the City's diverse architectural heritage. 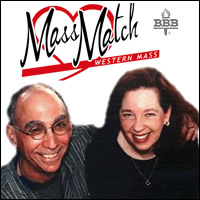